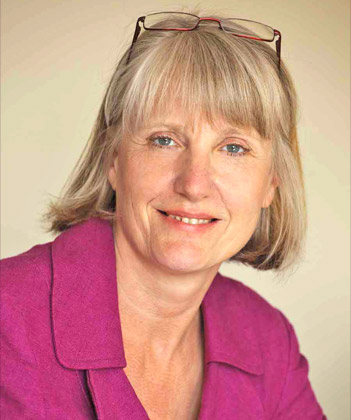 Dr Marilyn Glenville PhD is the UK’s leading nutritionist specialising in women’s health. She is the former President of the Food and Health Forum at the Royal Society of Medicine, a registered nutritionist, psychologist, author and popular broadcaster who obtained her doctorate from Cambridge University.

Dr Glenville is a popular international speaker. As a respected author on women’s healthcare she gives regular talks on radio and frequently appears on television and in the press.

For over thirty years Dr Glenville has studied and practiced nutritional medicine specialising in the natural approach to female hormone problems.

With her special interest in the female hormone cycle, Dr Glenville works with women who suffer menstrual problems such as heavy periods, painful periods, PMS, fibroids, PCOS and endometriosis, and who wish to work on a nutritional approach to these problems. Dr Glenville also helps couples who are having difficulty conceiving or having recurrent miscarriages and women looking for a natural approach to the menopause and prevention of osteoporosis.

Dr Glenville is the author of 13 internationally bestselling books (see below) many of which have become the standard reference books for practitioners and have sold over 1 Million copies which have been translated into over 20 languages.

Dr Glenville won the Best Nutrition Health Writer of the year award and has been awarded a place in the 2010 edition of ‘Who’s Who’ of famous people.

Former President of the Food and Health Forum for the Royal Society of Medicine.

Registered Member of the Nutrition Society

Fellow of the Royal Society of Medicine

Member of the British Menopause Society

Member of the National Osteoporosis Society

Member of the British Fertility Society

Former Chair of the British Association of Nutritional Therapists

Former Chair of Foresight – the Association for Preconception Care and Infertility

Dr Glenville is the author of 13 internationally bestselling books (see below) many of which have become the standard reference books for students and practitioners alike and has sold over 1 Million copies which have been translated into over 20 languages worldwide.

1999. Launch of `Natural alternatives to Dieting`. 32,500 copies printed in first run. Sold out in first week. Published by Kyle Cathie.

2000. Launch of ‘Natural Solutions to Infertility’. Published by Piatkus Books.

2006. Launch of ‘Fat Around the Middle’. Published by Kyle Cathie.

2008. Launch of ‘Getting Pregnant faster’ Published by Kyle Cathie.

2010. Launch of ‘The Natural Health Bible For Women’ Published by Duncan Baird. 5,500 copies printed in first run. Sold out in first two months.

2011. Launch of ‘Natural Solutions To Menopause’ Before, During and Beyond. Published by MacMillan Publications.

2012. Launch of ‘Natural Solutions To PCOS’ Published by MacMillan Publications.

2013. To  be launched ‘Natural Solutions to IBS’. Published by MacMillan Publications.

Chapter written on ‘Nutrition and Endometriosis’ for ‘An Atlas of Endometriosis’ 3rd Edition by Drs Caroline Overton, Colin Davis, Lindsay McMillan and Robert W. Shaw published by Taylor and Francis..  2007

Nutritional supplements in pregnancy: commercial push or evidence based?

Collaborated in a study on Preconception Care and the Outcome of Pregnancy undertaken by the University of Surrey and published in the Journal of Nutritional and Environmental Medicine (1995), 5, 205-208.  This study investigated the effects of controlled nutritional intake during the pre conceptual period on fertility, recurrent miscarriages, small for dates babies and malformations.

Proceedings of the Symposium ‘Pharmacology of the States of Alertness’.

Response to Stress published by IPC Science and Technology Press

Dr Marilyn Glenville has Featured In:

Back to the top
FacebookTweetPinGoogle+