You may have heard about a new drug for Alzheimer’s that has just received approval from the FDA in America. This is the first new treatment approved in nearly 20 years that has been designed to slow cognitive decline.  It is not yet available in the UK as it will have to be looked at by the UK’s regulatory body. 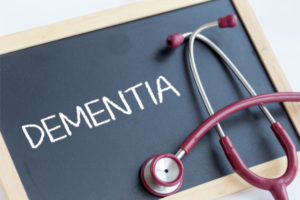 The other drugs used for Alzheimer’s treat the symptoms, but this new drug called Aduhelm (aducanumab) is the first that is supposed to treat the underlying cause of the disease by removing the toxic beta-amyloid plaque that destroys neurons.

Alzheimer’s is the leading killer of women, three times more deaths than breast cancer, and the third biggest killer for men so this would seem to be good news but there is a BUT.

It is clear this drug is not a cure for Alzheimer’s and does not reverse its progression and two years ago it was considered to be a failure after an independent committee said the drug was not effective but now has been given approval.

This new drug is already mired in controversy as there are strong objections from experts as to whether it will benefit enough people, that there is a lack of evidence that the drug can help people with Alzheimer’s and that it does not work.

Also there seems to be a conditional approval by the FDA requiring the pharmaceutical company to complete a clinic trial to show that actually removing the beta-amyloid plaque conveys cognitive benefits, otherwise the FDA will remove its approval.

The problem is that there is scant evidence that removing the plaque reduces the progression of the disease.

Experts in the UK think that this approval will actually set back the research into treatments for Alzheimer’s for many years.

Exercise and Good Nutrition Can Help

I wrote a book called Natural Solutions for Dementia and Alzheimer’s because there is substantial evidence in the medical literature that how you live your life, and in particular what you eat, can make a significant difference to slowing down cognitive decline or even reverse it.

Indeed, research shows that diet and lifestyle have more to offer the ageing brain than the drugs that are promoted to manage it.

In addition to a healthy diet as mentioned, physical activity is also important for healthy brain function.

One study tracked a group of people over eight years.

The researchers found that those people who were the most active had a 30% lower risk of cognitive decline.  What was interesting was that it was not the intensity of the exercise that made the difference but the amount.

So, with walking, the distance the people walked was more important than how fast they walked.

It's Not Just About Physical Exercise

There are plenty of lifestyle changes you can make to boost your brain power and getting enough sleep is one of them.

Too little sleep increases your risk for Alzheimer’s because amyloid plaque, which is one of the structural changes seen in Alzheimer’s is cleared away during sleep, when your cerebrospinal fluid washes out toxins from your body. And the best sleep position for clearing out this plaque is on your side.

Keep it fit by playing cards and chess games, reading books, doing crosswords, learning an instrument or new language or by pursuing a new hobby.

Supplements of omega 3 fish oils can be helpful as DHA one of the major omega 3 fatty acid in the brain has most protective effect against Alzheimer’s.

The DHA in Omega 3 fatty acids helps to prevent the plaque forming in the brain which is present in Alzheimer’s, and they help improve cerebral blood flow and reduce inflammation, making them important in the fight against not only Alzheimer’s but also vascular dementia.

Other nutrients which can be helpful include an amino acid called acetyl-L-carnitine as it increases the brain receptors that would normally deteriorate with age so are helpful for memory loss and dementia.

People with Alzheimer’s have been found to have a shortage of the neurotransmitter acetylcholine and it is critical for memory and brain function.

Choline is a starting block for acetylcholine and is contained in high amounts in egg yolks and is also found in soya and nuts.

So these are good foods for boosting memory and brain function.

Acetyl-L-carnitine works with coenzyme Q10 and alpha lipoic acid to maintain the function of the mitochondria. The mitochondria are the power houses of your cells, they provide the energy for your cells to function and survive.

I use a supplement by NHP called Advanced Brain and Memory Support in my clinics (see www.naturalhealthpractice.com).

Dr. Marilyn Glenville PhD is the UK’s leading nutritionist specialising in natural health.  She is the author of 16 internationally bestselling books including Natural Solutions For Dementia and Alzheimer’s available from The Natural Health Practice.

Dr Glenville founded The Glenville Nutrition Clinics which have been supporting patients to regain their health naturally for over 35 years and are the longest established nutrition clinics in the UK today.

Wherever you are in the world if you would like advice on how to improve your health naturally and nutritionally you can now have a consultation in the comfort of your own home by zoom or telephone.

If you would like more information or you need any help nutritionally just call: