Do you have a yeast overgrowth? 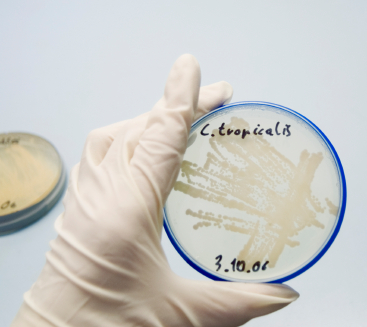 In the intestines, the yeast form of candida can become ‘mycelial’, in that it forms root-like growths that can penetrate the intestine walls, and cause the gut to ‘leak’. Small pieces of undigested food then escape into the bloodstream. This condition is known as ‘leaky gut syndrome’, and it is the result of an overwhelming infestation of candida in the body, known as ‘candidiasis’.

Persistent vaginal thrush can be one of the symptoms of candidiasis, but other symptoms can include food cravings, especially for sugar and bread, fatigue, a bloated stomach with excess flatulence, a ‘spaced out’ feeling, recurrent cystitis, headaches and becoming tipsy on a very small amount of alcohol. Both men and women can suffer from candidiasis.

Candidiasis can be caused by the use of antibiotics because they kill off healthy bacteria in the gut, allowing candida to overgrow. Other causes are the use of steroids for asthma and arthritis, for example, and also the Pill and HRT. People with a poor immune system such as those suffering from chronic fatigue can also be susceptible to a candida overgrowth as well as those with diabetes.

If you have a yeast overgrowth, it will cause an immune response and the body will produce higher levels of specific antibodies to candida. These antibodies can be detected in a saliva sample, which can be organised by post. This sensitive test not only detects a recent or current candida infection but also previous infections.

So if you want to find out if you have a yeast overgrowth and what to do about it if you have, then this would be a good test for you to take.

For more information about this test, how it works and how you can order it, click the button below: